What you need to know about RAID 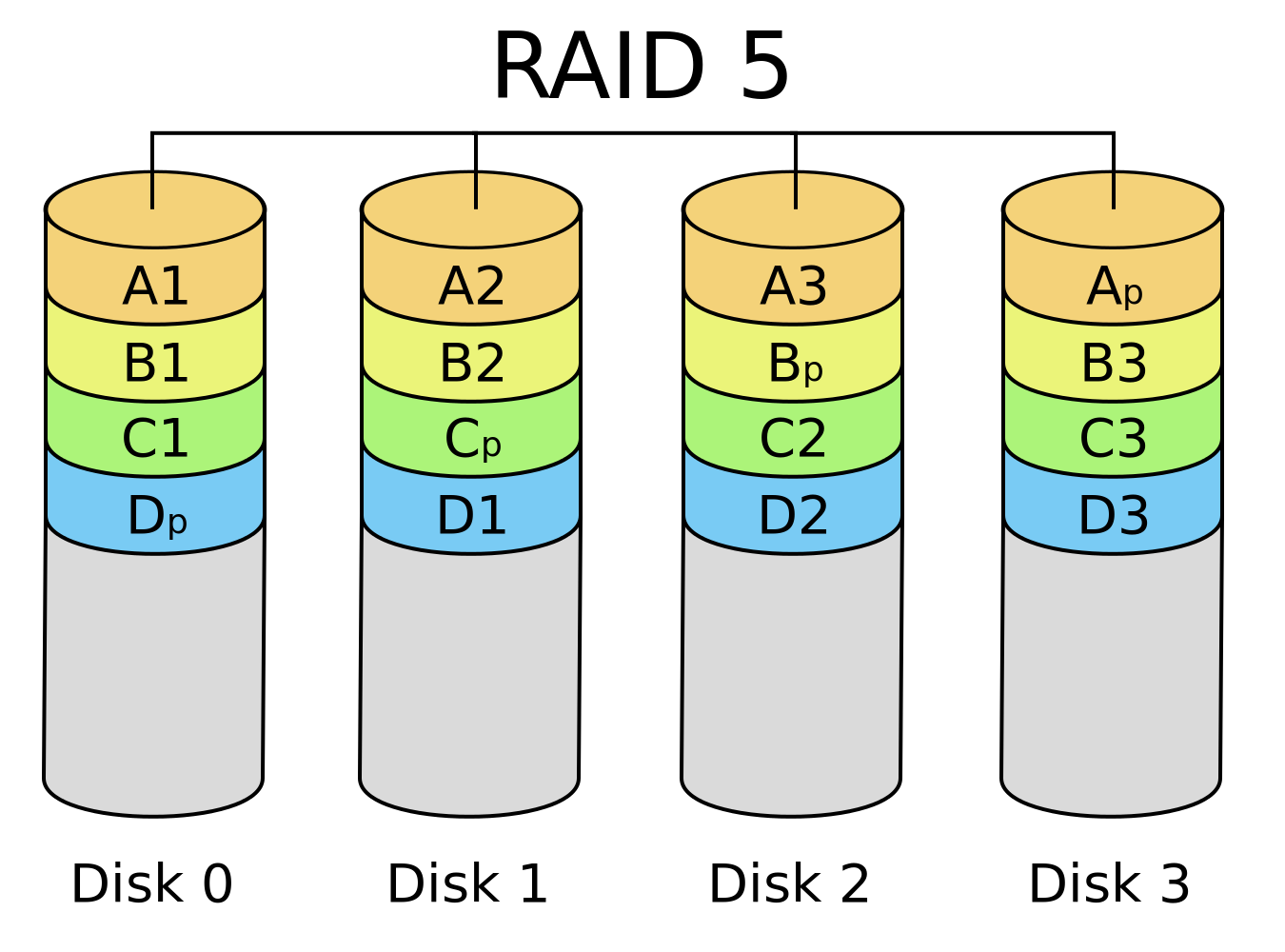 At OVHcloud, we are always getting asked by customers about RAID. What is it? How do I configure it? Why do I need it? So, we figured we would compile this information and share best practices when it comes to the different types of RAID.

RAID is a storage virtualization technology that combines multiple disks and puts them into an array. These arrays differ depending on the RAID level that is used. Some are more focused on redundancy, others are focused on faster read/write times, and others still are focused on availability. Let's take a look at each of the commonly used RAID types and why you would want to choose them.

RAID 0 breaks a file into blocks which are then written to each disk (first block to the first disk, second block to the second disk, and so on). If there is data remaining after the last disk, the next block is written to the first disk and the cycle continues until all blocks are saved. This means that, when utilizing RAID 0, there is no redundancy. Data is stored in a segmented fashion on both disks for any given file so losing one disk is sufficient to lose all of the data stored on the array. RAID 0 is ideal for nonessential environments where speed is preferred such as testing environments or housing photos/videos that the user is comfortable losing in the event of disk failure. 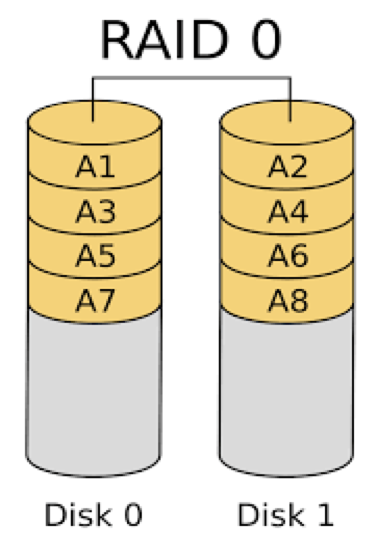 RAID 1 mirrors data across all disks in its array, meaning each block of data is written to each disk. This gives you complete redundancy with your data as long as one of your disks is still functioning. The drawback is that mirrored data means you will only ever have the storage capacity of the smallest disk in the array since the same data is copied onto each disk. 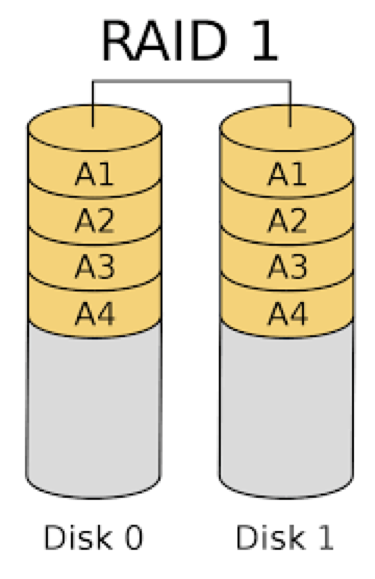 RAID 5 stripes data across the disks like RAID 0 but also uses an algorithmic calculation known as a parity function for redundancy. With RAID 5, you need a minimum of three disks for the algorithm to be able to rebuild the data when a drive fails. It has advantages over RAID 1, as you get access to more storage from the disks due to the striping. The amount of disks available for RAID 5 is the number of disks used minus one, so if you are using four disks you will have three disks worth of data available. Only one drive may fail in a RAID 5 setup. 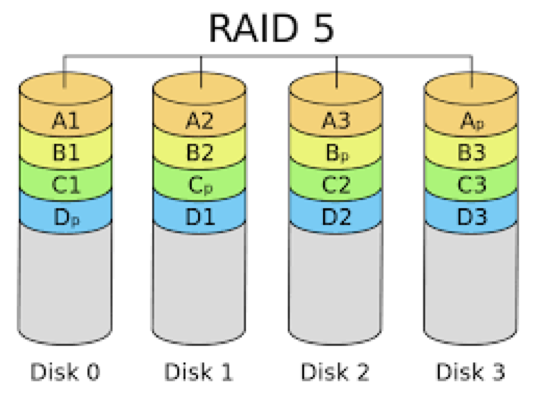 RAID 6, much like RAID 5, uses an algorithmic calculation known as a parity function for redundancy. Unlike RAID 5, RAID 6 uses two parity bits know as double parity. RAID 6 requires a minimum of four disks for the algorithm to work. It gains the fault tolerance of being able to lose two disks, though it loses a little bit of read speed in comparison to RAID 5. 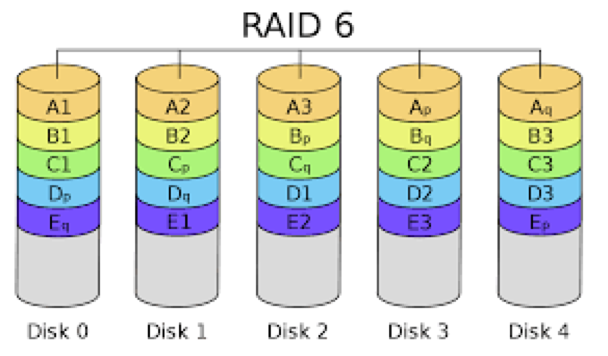 RAID 10 is a combination of RAID 1 and RAID 0. It has the redundancy benefit of RAID 1 with the speed benefit of RAID 0. RAID 10 is also known as a stripe of mirrors since the data is striped across the entire array, but within the subarray, the data is mirrored. The amount of disks available for RAID 10 is the number of disks in the array divided by two. One drive may fail per subarray in a RAID 10 setup. However, this only guarantees you redundancy for a single-drive failure, regardless of the total number of disks in the array. 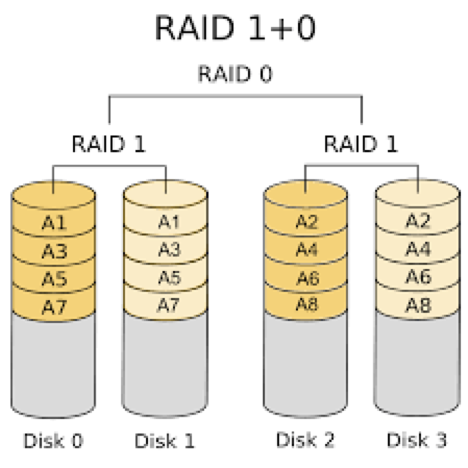 Let's take a look at some comparisons of RAID levels.>

*Based off minimum number of disks allowable in the RAID level.

How to Configure RAID from the BIOS

How to Configure Software RAID on Ubuntu 18.04

OVHcloud US is a subsidiary of OVHcloud, a global player and Europe's leading cloud provider operating more than 400,000 servers within 33 data centers across four continents. For 20 years, the Group has relied on an integrated model that provides complete control of its value chain from the design of its servers to the construction and management of its data centers, including the orchestration of its fiber-optic network. This unique approach allows it to independently cover all the uses of its 1.6 million customers in more than 140 countries. OVHcloud now offers the latest generation solutions combining performance, price predictability, and total sovereignty over their data to support their growth in complete freedom. 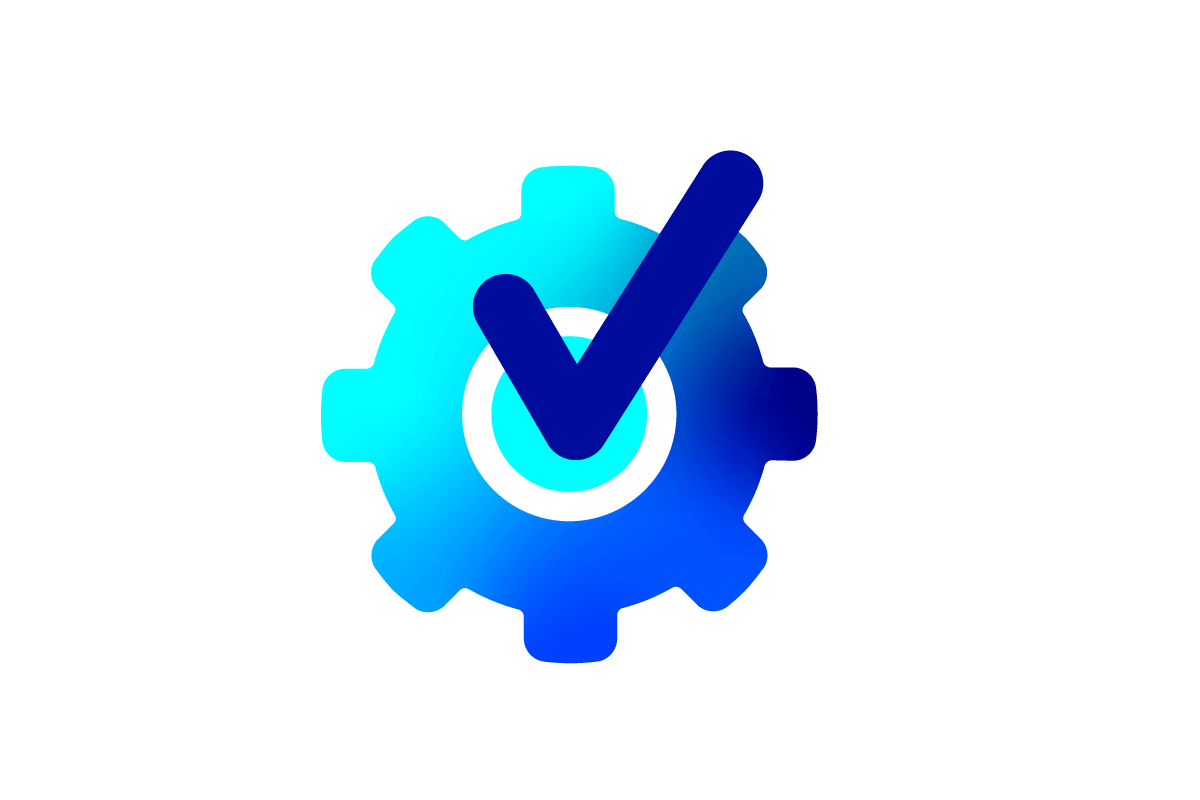 What is Software-Defined Storage (SDS) - Benefits …

Data storage is something that nearly all enterprise-level companies and many small-to-midsize businesses have to manage on an ongoing basis. 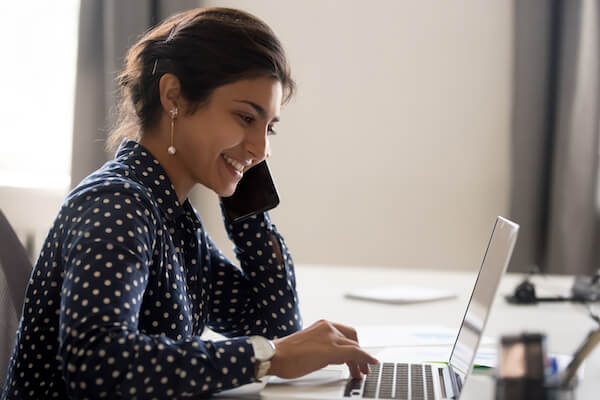 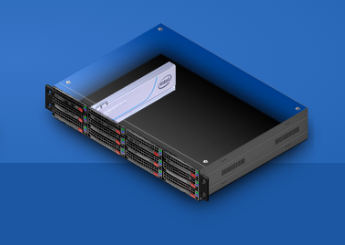 Why would I use a Storage server?

If you’ve been going through the server options offered by OVHcloud, you have probably stumbled across our Storage family. With servers that offer up to 72 TB of storage, these servers can hold a significant amount of data. But what are the reasons we could conceivably need this much data? In this article, we will explore three of the biggest use cases for a Storage server: backup repositories, large databases, and housing multimedia content for your website.

Ready to get Started?